As a life-long resident of lands West of Cleveland, I find that I’m still acquainting myself with gems in the East Suburbs.  One such gem I’ve discovered recently was Nighttown—just up Cedar Hill from University Circle in Cleveland Heights’ Cedar-Fairmount Business District.  Nighttown is perennially voted Cleveland’s Best Jazz Club, and more importantly listed among DownBeat Magazine’s international list of the Top 100 Jazz Venues.

Walking into Nighttown transports you out of Cleveland and into a special world.  The food and staff are positively stellar, but it’s the atmosphere of subdued lighting, antique posters, and pieces of Cleveland history that make this place a classic.  This week, Freshwater Cleveland shared the story of the club’s first 50 years, as well as the story of Nighttown’s current owner, Brendan Ring.  The scenes in the article should look familiar, as many of them are featured prominently on our site.  The article itself is a pleasure to read and a showcase of an iconic Cleveland venue.

Nighttown is easily one of Cleveland’s largest restaurants, boasting four rooms, three bars, three patios, and a lounge.  Along with great music, they house the Cleveland Journalism Hall of Fame and host events of all sorts and sizes.  I had the pleasure of working with Brendan back in April 2014 to create the Google Business View virtual tour you see below…so now you can explore the entire space online.

Congratulations Nighttown—we look forward to the next 50 years! 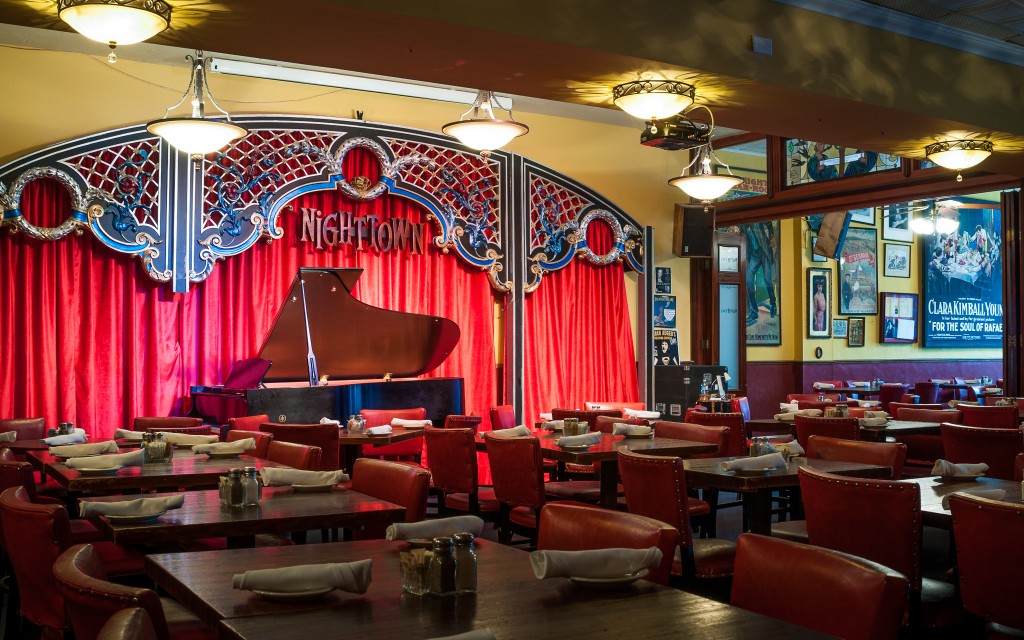